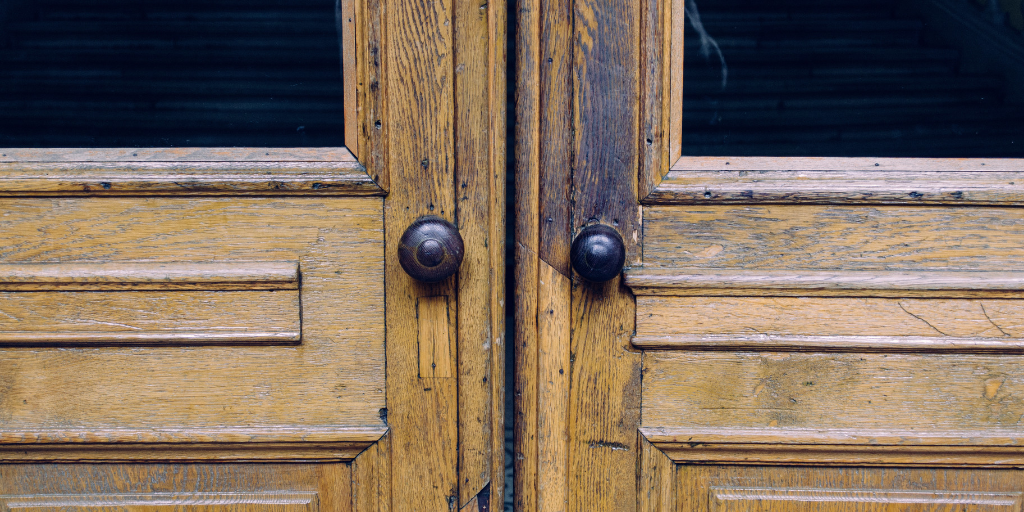 Of course, I could be wrong. If we open the door there COULD be something very, very awful on the other side. Like certain death or the end of the world or whatever. But I’m fairly certain that if we open that door we’ll get out of this place and we’ll all be able to get on with the rest of our lives. So I’m thinking that might be preferable. So I think that we should open the door. That’s my final decision and I’m sticking with it. I’m going to go ahead and open the door for all of us. You can just…y’know…go ahead and watch me do it. I don’t think that there’s anyone here who is going to stop me. I don’t think that there’s anyone here who WANTS to stop me. It’s all going to be okay once I’ve had a chance to open this door. That’s all I’m saying.

But I sense that if I go over towards the door, there are those of you who might at least VOICE and objection of some sort. And to any of you who would object to me opening the door…I would like to address you. I would like to let you know that I am in no way endangering us by opening this door. It’s perfectly safe. (The door.) And we are perfectly safe in opening it. Nothing is going to happen…y’know…other than us being able to leave or whatever. Everything is going to be fine. Everything is going to be okay. There is nothing to wort about at all. Trust me.

Of course, if there WERE to be objections to me opening the door, I gather that they might be questioning how it is that I am so certain that there’s no danger in opening the door. And I suppose that I would probably need to address those concerns in some way in order to put everyone totally at ease with the fact that I am, in fact, going to walk right over and open that perfectly normal, perfectly safe door. There’s really no issue here and there’s really nothing at all to worry about.

Everything is going to be fine. Everything is going to be okay. But you aren’t going to be totally comfortable taking my word for it, so I guess I’m going to have to explain to you how I know that the door is perfectly safe and there aren’t any monsters or certain death behind that door. So here goes…to start with: it’s nothing more than a door. People have opened and closed doors since before the dawn of time and been perfectly safe in doing so. There’s nothing intrinsically dangerous about a door in and of itself. It’s not like I’m picking up a gun or a bomb or a bear trap or anything like that. It’s a door: it’s meant to be opened and closed and things.

But I trust that this reassurance alone isn’t enough because…y’know…people have opened doors on dangerous things in the past and suffered the consequences and I’m perfectly okay admitting to that as my entire reason for opening the door and feeling safe about it isn’t due to the overall safety of doors alone. No. I have other information about that door which should put any mind at ease. And I suppose that I’m going to have to mention something about that if I’m going to make sure that there really truly are NO objections to me opening said door.

Of course…I realize that there are those of you who are going to feel as though there’s something wrong with going outside. And I want to assure you that you have nothing to worry about in me going out to open up the door. If you want to stay here, you’re perfectly okay doing so. My opening of that door is in no way a threat to you and I just want you to know that I’m not going to try to force or coerce you into going out the door with me. In fact, if you are the type of person afraid to go outside or apprehensive about doing so because of what the outside world might think of…oh I don’t know…anything that you’ve done in here (and I honestly can’t imagine what that would be because nothing that’s happened in here was in any way unlawful or reprehensible or vicious or homicidal or anything like that at all) then I would really like to encourage you to stay here with your glowering, predatory looks and…y’know…just go on about whatever it is that you’re doing that I’m sure is totally cool and totally moral and everything.

I’m not saying that I’m going to try to run away and tell anyone about anything or anything like that. I’m not even saying that I want to leave. (Who would want to leave such nice people like this anyway? I mean…the conversations and the friendship have been absolutely magical.) I’m just saying…y’know…I just think it might be nice to open the door. And it would be nice to know that I’m perfectly safe in doing so because y’know…I just think that it’s perfectly safe out there. So I’m going to go and open that door. And I trust none of you will try to stop me. And when I’m on the other side of that door in just a few seconds, I’ll let you know how safe it truly is.